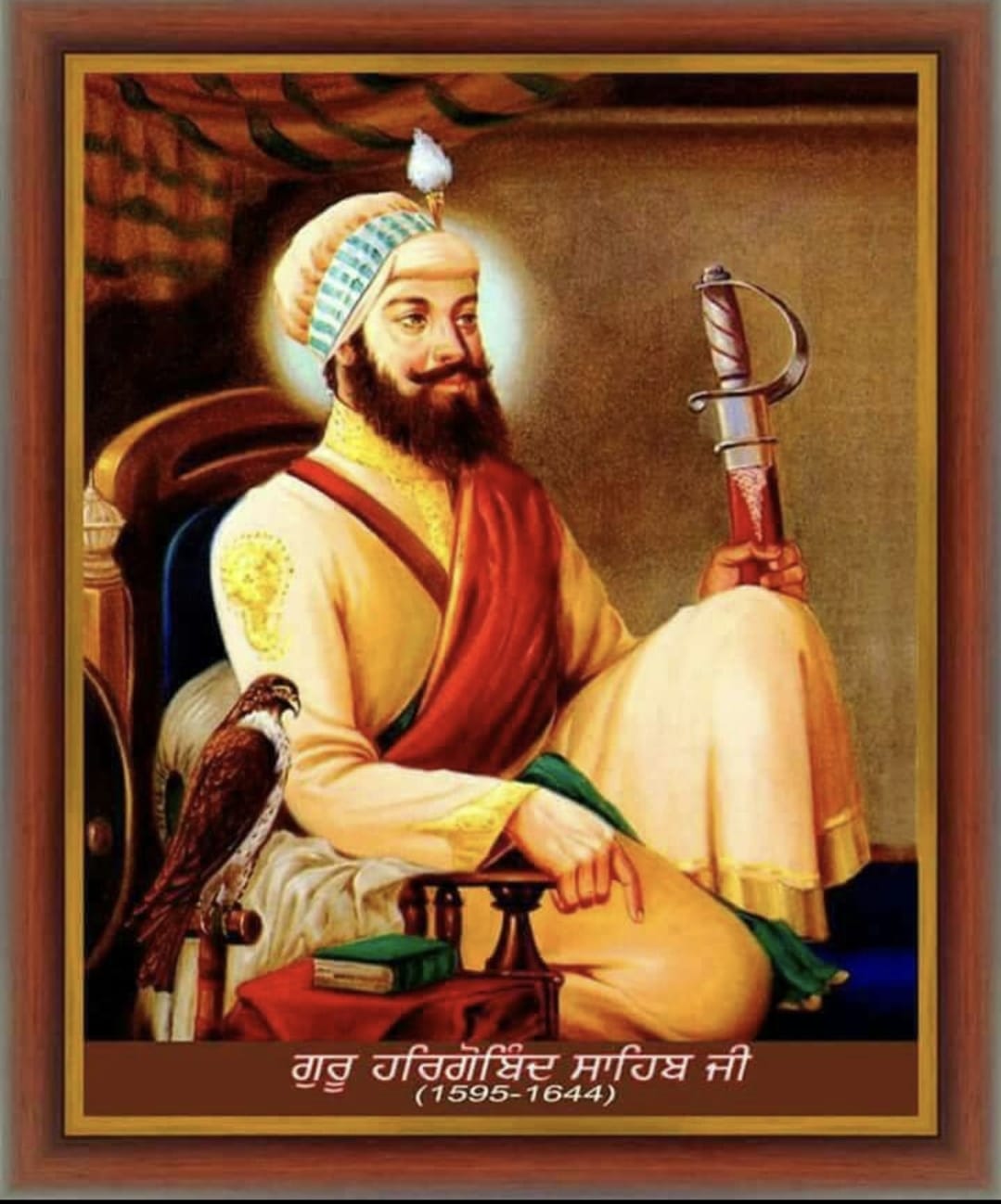 He was the last Guru Ji to be initiated into Guruship by ‘Baba Budda Ji’, who was also the one who named Guru Ji at birth, and taught him weaponry.

2. Combining Temporal & Spiritual powers by wearing 2 swords; one for ‘Miri’ (Temporal) & the other for ‘Piri’ (Spiritual).

4. He fought 4 battles in his lifetime.

5. He was imprisoned by ‘Emperor Jahangir’, at the ‘Fort of Gawalior’, however, Jahangir’s wife ‘Noor Jehan’, persuaded him to release Guru Ji. Sri Guru Hargobind Sahib Ji only accepted his release if all the other prisoners were also released with him. After negotiations & discussions between Guru Ji & the Emperor, it was agreed, that anyone who could leave the fort holding the Guru Ji, would be released. Guru Ji had a robe made with 52 hems, holding which, all 52 Hindu Kings & Chiefs were released. Emperor Jahangir was so impressed with this act of Guru Ji that he, along with his wife, and these Kings & Chiefs, all visited ‘Sri Harmandir Sahib Ji’, Amritsar. This day is still celebrated as ‘Bandi Chhor Divas’.

6. He established the city of ‘Kiratpur Sahib’ in Punjab.

8. The tradition of singing ‘Dhadi Vaars’, was started during his reign as the Guru Ji.

Key learnings that can be taken from Sri Guru Hargobind Sahib Ji, are:

1. That, if we have principles, we must have the means to defend them.

On Guru Ji’s Parkash Divas, let us remind ourselves of Sri Guru Hargobind Sahib Ji’s contributions, and try to benefit from his messages, by following them in practice.

Seva is from All the Sadh Sangat

Sarbath Sangat are requested to attend the Gurpurab

Guru ka Langar will be served